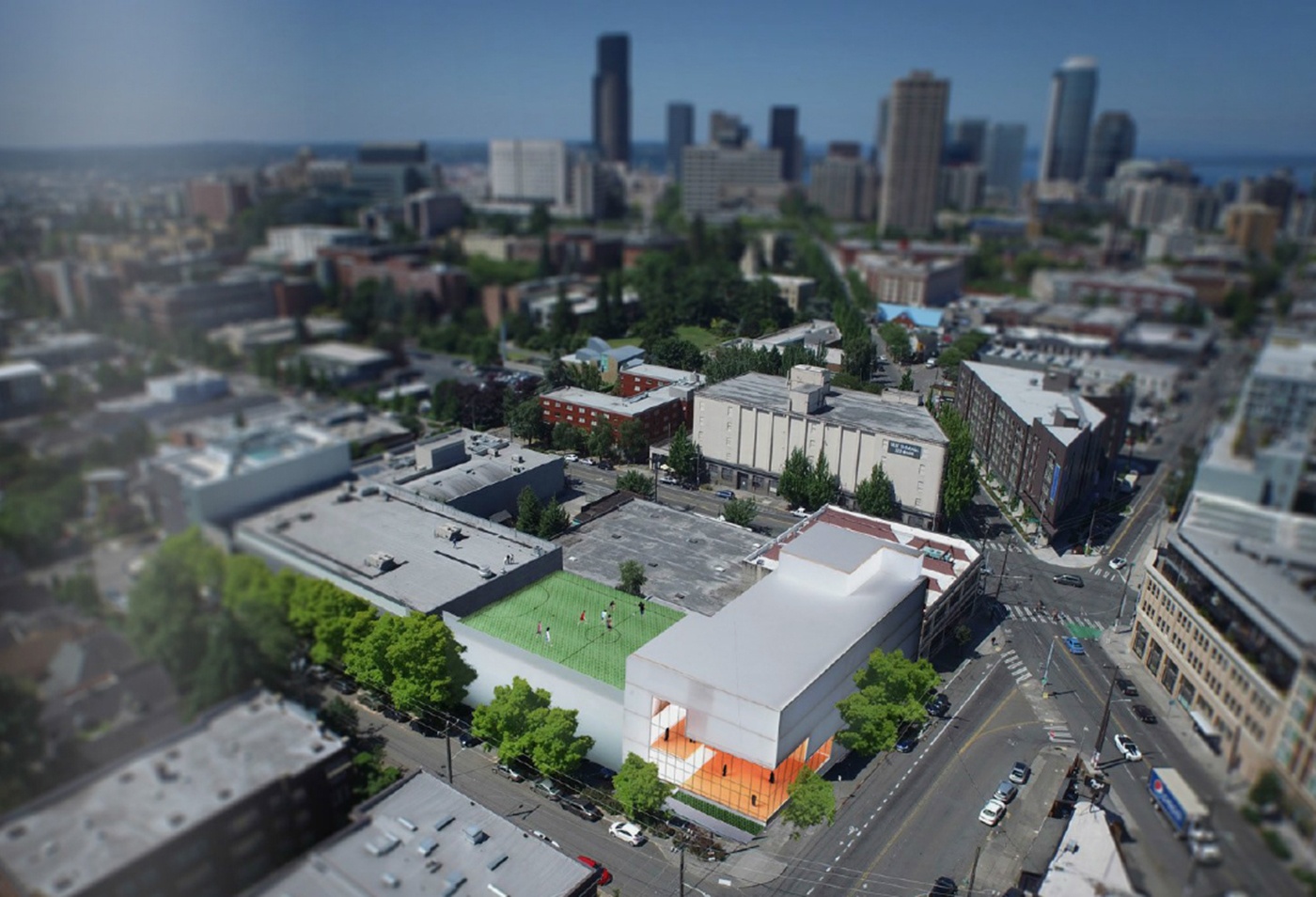 Seattle Academy of Arts and Sciences is planning a new project for its campus on Capitol Hill. The private prep school is raising funds for to build a $48 million middle school and gym at 1215 E. Union St. LMN Architects is the designer. The project will seek a LEED gold certification.

The five-story, 87,500-square-foot structure would house classrooms, labs, a learning commons, and an instrumental music classroom and practice spaces. A new gym would connect to an existing gym in a neighboring building. Above the new gym would be a rooftop playfield for physical education classes or sports practice. About 60 parking stalls are planned.

Construction is slated to begin in January 2017 and the building is scheduled to open at the start of the 2018-2019 school year. The school has not started seeking permits for the project. Seattle Academy has 765 students in grades six through 12. The school says it has no immediate plans to expand enrollment. Seattle Academy just opened the $22 million, 34,000-square-foot STREAM Building for science and engineering instruction at the corner of 13th Avenue and East Spring Street. The STREAM Building has seven laboratory and studio classrooms, a two-story learning commons and staff offices.

It was designed by The Miller Hull Partnership for LEED gold or platinum status. It uses power from photo-voltaic panels and has a green roof atop a new breezeway connecting it with the school’s Arts Building.